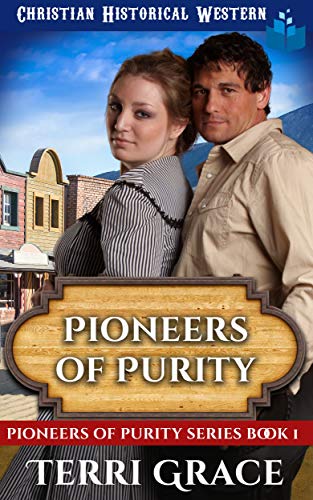 The thrilling saga of a pioneer town called Purity begins. Thwarted hopes and passionate hearts face insurmountable challenges in a love and death battle for their frontier dream to be realized.PART 1: EPOCH - The Story of Zechariah and Hannah Hunter – FoundersPioneering visionaries, Zechariah Hun...

The thrilling saga of a pioneer town called Purity begins. Thwarted hopes and passionate hearts face insurmountable challenges in a love and death battle for their frontier dream to be realized.

PART 1: EPOCH – The Story of Zechariah and Hannah Hunter – Founders

Pioneering visionaries, Zechariah Hunter and Hannah, his wife, moved to Idaho and founded a small town. They named it Purity, for they hoped the place would attract good Christian families to come and settle down there and for a few years that was the case. Life was good and the town was growing slowly and everyone was happy.

But now, the town has been overrun by brothels, fraudsters and lawlessness. Zechariah fears that the town may soon descend into anarchy especially when he steps down as mayor and the unscrupulous and greedy, Carlton Swindle, takes over.

What will bring sanity back to Purity, and how will he and the few upright citizens fight the terror that threatens to engulf their lovely town?

PART 2: ARBITRATION – The Story of Amelia Kane and Rowan Gunter

Grieving the loss of his parents to the harsh conditions of the steel factories of Pittsburg, Rowan Günter heads West to a town named Purity, with a gold tinted dream. His prospecting ambitions are swept away by a timely opportunity that soon turns sour. Caught in the grip of a dishonest partnership he desperately looks for ways to turn his fortune, and placing a newspaper ad for a woman of substance to join him out west seems like a good idea.

Amelia Kane has never known money. Until now. An unexpected inheritance from the cantankerous woman she worked for as a caregiver opens up a world of possibility. Amy knows nothing of such freedoms, though, and fears leave her wondering which way to turn.

When Amy’s church friend, Kate, heads out to Idaho as a Mail Order Bride, innocent Amy joins her for the adventure. Will the train tracks lead to love? Or does a much more sinister fate await the ladies?

The Purity saga is a thrilling and emotional Christian historical Western series, pitting good against evil and calling for deep conviction and couragous action, as frontier settlers fight for the soul of their town, and the loves of their lives.