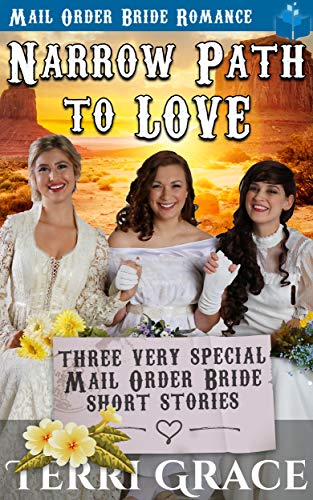 Join three brides seeking fresh destiny and new beginnings. With God’s hand to lead their pathways carry them in beautifully different ways to the arms of Godly husbands.PATH TO DESTINYJake Smithers is sad, angry, bitter and heartbroken when he loses his wife to an accident on the platform of the ... 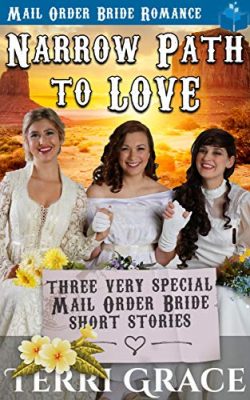 Join three brides seeking fresh destiny and new beginnings. With God’s hand to lead their pathways carry them in beautifully different ways to the arms of Godly husbands.

Jake Smithers is sad, angry, bitter and heartbroken when he loses his wife to an accident on the platform of the train station in New Jersey. Deciding to join the masses of other young men heading to the West, he hopes to find fulfillment in life and forget about his pain. He has no thoughts or inclinations of falling in love again because the pain of loss is more than he can bear. He ends up in Fort Walla Walla, a rich farming and ranching community.
Andrea Parker becomes an heiress after a tragedy takes her parents from her. Donald and Kaitlin Parker were the owners of a soap factory which burnt down with them in it. When she meets Molly White of Cozy Bridal Agency at one of the funerals, she becomes interested in going to Fort Walla Walla as a Mail Order Bride. Surprised that her expected groom isn’t aware of their supposed union, she tries to make the most of her life.
Can love bring these two people together?

PATH OF HOPE
Dora Marsden thinks she’s found the perfect husband when she corresponds with a gentleman out in Oakwood, Idaho and he invites her to come out. There’s a problem, however, her father is overly protective of her, has been since she lost her mother ten years ago when she was twelve. He doesn’t believe the man in Oakwood is genuine and insists on hiring someone to practically babysit her all the way to her destination.
Prentiss Callahan has barely escaped from Rainbow Mountain with his life after his business partner double crosses him. He ends up in Oakwood being taken care of by friends of the man who rescued him and falls in love with Dora Marsden.

PATH TO LOVE
Injured in an explosion that was supposed to have killed his friend, Job Owens eventually loses his part of his arm and his left eye is also damaged. He can barely see with it but he’s lucky to be alive. Just before going into hiding, he sends his mother, in England, an urgent telegram because the men who tried to kill his friend have found out who he is.
Ruth Morgan is on her way to Rainbow Mountain as a Mail Order Bride but her intended groom rejects her claiming that she’s too worldly. This is simply because she was a sales lady at a women’s clothing store back in Philadelphia that sold modern clothing items. Trevor Keller believes that Ruth’s exposure to the fashion world disqualifies her from being a good Christian wife. Now what should she do? Stay or go back home?

Originally written as prequels for three bestselling series by Terri Grace, these three beautiful tales will delight fans of Terri Grace and her amazing characters and family sagas. These three stories have been gathered together in one volume for your reading enjoyment.