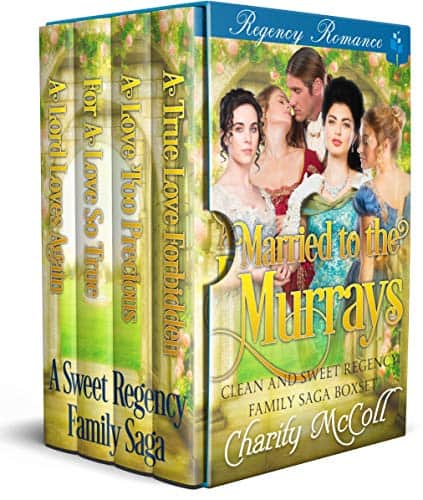 Married to the Murrays Box Set

Every family has its secrets and scars. Hidden behind the façade of nobility lies a yearning for real, true love. When society’s demands and the desire of the heart collide even the closest ties are tugged to their limits. Join us for a thrilling and heartwarming Romantic Regency Family Saga in t... 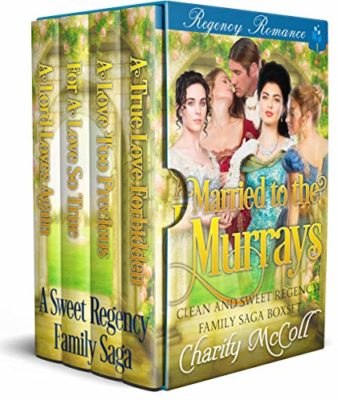 Every family has its secrets and scars. Hidden behind the façade of nobility lies a yearning for real, true love. When society’s demands and the desire of the heart collide even the closest ties are tugged to their limits. Join us for a thrilling and heartwarming Romantic Regency Family Saga in this complete box set by bestselling author, Charity McColl. Free to Read on Kindle Unlimited.

A True Love Forbidden
Lord George Murray is the eldest son of Lord Victor Murray, the Duke of Pembington. He deeply respects his father but doesn’t like the idea of being forced to marry a rich socialite just to save their family estate.

George wants to discover love on his own terms, but when he does he is suddenly forced to choose between the passionate beatings of his true heart and the clamoring demands of family honor.

Nancy Cromwell is swept off her feet in more ways than one by the man whose carriage knocks her down, but this enigmatic man belongs to someone else.

Can they work together against all odds and find love, and still save the Murray name and estate? Will historic ties and the bonds of heritage rip them apart?

A Love Too Precious
Mark Murray is the middle child of Lord Victor Murray, the Duke of Pembington. He’s always been the obedient and good son, but when his brother marries the woman he loves, he believes its time for him to step up and take control of his own life.
Despite his father’s hopes of finding him a wealthy wife to prop the family’s failing fortunes, Mark instead heads out to carve his own existence, which quickly drives his destiny to its lowest point.

Young Murray finds himself working as a humble stable hand, an unknown son of a duke in the dirt and doldrums of horse manure and long unkind hours.

Until Amanda Milton walks into his life.

As the only daughter of a Diamond miner, she has no interests of being married off to a boorish duke, earl or marquis and she sets out to show her father that she can find a man of her own.

Will destinies converge to bring their hearts together as one, or will the gulf that separates them keep them apart? What could happen to bring a lady of means into the life of a humble stable hand?

For A Love So True
Mary Murray has seen her family lifted from poverty when her second brother Mark, marries the lovely Amanda. She now has an attractive dowry and men begin seeking her hand in marriage, but she refuses to accept any of them. She wants what her own parents had, what her brothers George and Mark have with their own wives. True love is what she craves, and she has found the subject of her affections but he doesn’t even spare her a single glance.

Elias Cartwright is still in shock after his father dies and their estate crumbles. His mother is badly affected given her advanced age and the last thing he’s looking for is a rich and spoilt socialite as a wife. He is determined to find a way to solve all their financial problems without marrying a rich woman whose family might control him. But his determination is no match for true love, which strikes him hard.

A Lord Loves Again (Book 4)
Lord Victor Murray tries to convince himself that he’s in a good place. This is because his three children have made good choices in marriage partners and they are so happy. The stark truth is that seeing how happy his family is reminds him of a time when he too experienced such deep love. Though he doesn’t want his children to know it, he is very lonely.

Doris Graham didn’t expect to ever find love again after her husband of twenty years died. Her art has kept her busy but she admits that she is lonely, especially when she meets Victor Murray after saving his grandson from would be kidnappers.

Instead of thanking her, however, he accuses her of being behind the sinister plot in the first place. She is so angry at the man; maybe he deserves a piece of her mind, but her heart still beats for him. 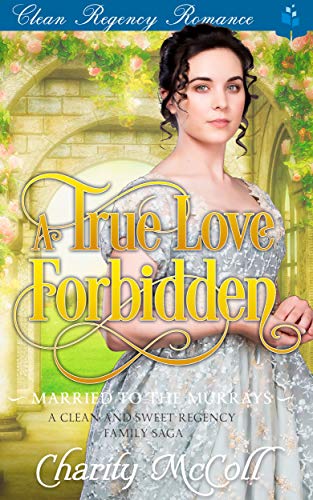 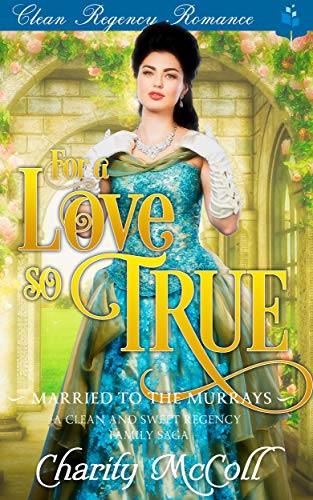 For A Love So True 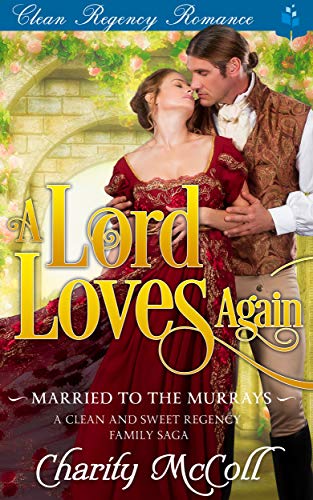