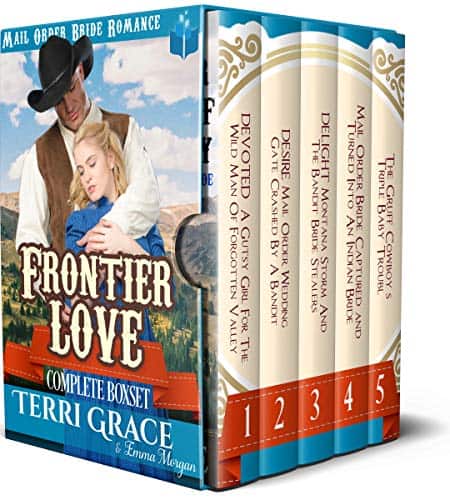 ***FIVE BOOK BOX SET - FREE TO READ ON KINDLE UNLIMITED *** It's 1867 and sparks are flying in the small frontier town of Firestone, Montana. 'Frontier Love' follows the struggles of Mail Order Bride, Ginny Douglas, and pioneer cowboy, Manly Forsythe, as they overcome every challenge the wild West t... 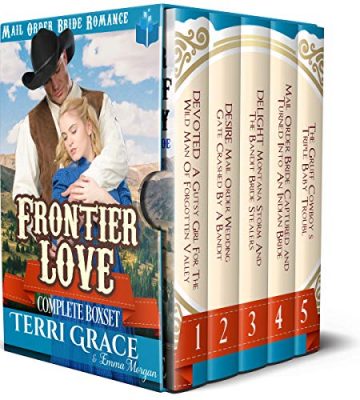 It’s 1867 and sparks are flying in the small frontier town of Firestone, Montana. ‘Frontier Love’ follows the struggles of Mail Order Bride, Ginny Douglas, and pioneer cowboy, Manly Forsythe, as they overcome every challenge the wild West throws at them to finally find a love that will last forever.

Virginia “Ginny” Douglas arrives off the mail coach to meet the man who will be her husband.
Manly Forsythe appears with his wagon to take her first to the church and then to his mountain homestead. Things do not go as planned, however, and on their way to view the homestead, Ginny and Manly find themselves thrown into danger and uncertainty. They must trust and rely on each other, and in God, beyond anything they ever thought possible before they can live happily ever after as man and wife.

After their harrowing experience in the wilds of the Western Frontier, Ginny Douglas and Manly Forsythe finally come to the church to join their lives together forever.
In the midst of their joy and excitement, unforeseen circumstances conspire to foil their plans. A man with Ginny in his sights resurfaces and threatens everything she hoped to gain by marrying Manly.
With a rival on the scene, will Manly turn his back on Ginny and return to his solitary life in the remote Montana mountains? Will Ginny be able to marry the man of her dreams after all?

The trials and conflicts leading Ginny Douglas and Manly Forsythe to wedded bliss pale in comparison to the dangers and challenges ahead of them. They wake up on their wedding morning surrounded by the blessed glow of contentment and fulfillment, but they still have the journey back to their homestead to get through. Demons from Ginny’s past, the unpredictable mountain environment, and their own untried relationship all converge on the newlyweds to test them to the limit of their endurance. Can their new marriage survive a lifetime of uncertainty in a few days? Will they reach their destination alive and with their love intact?

When Anna Carpenter’s mother is diagnosed with tuberculosis, Anna’s life is turned upside down. With her parents forced to move to New York for treatment, Anna feels she had become a burden on her family, and she heads west to find a home as a Mail Order Bride. But Anna’s life takes yet another turn when her stage is attacked, and she is kidnapped by a tribe of angry Indians and held for ransom.

He had been seeking a woman to help him care for his three young children, and it seems that so was his mother and brother. Now he has three women who’ve traveled to marry him, and he has to decide which is the best for him, and for his young family.

But who is the best choice? Sweet Emma Roberson, a fine cook who has come looking for love, or the proud Aggie Hamilton, who can organize a household and tend to the books? Or Margaret Mitchell, who lost her husband recently and is desperately seeking a family to care for?

It takes a brush with death for the choice to become clear, and for each heart to find its place. 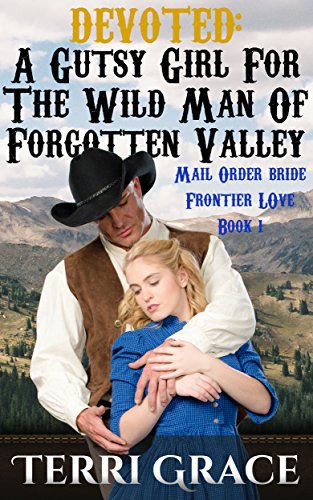 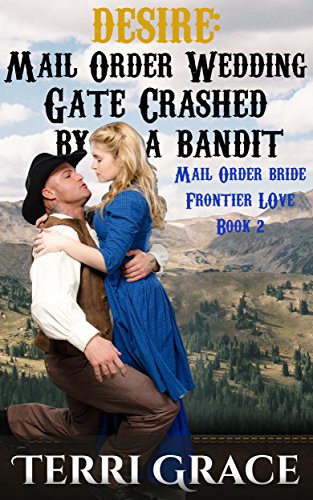 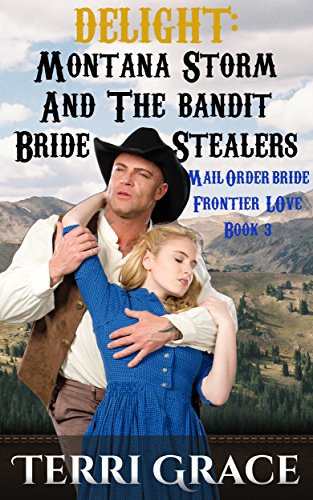