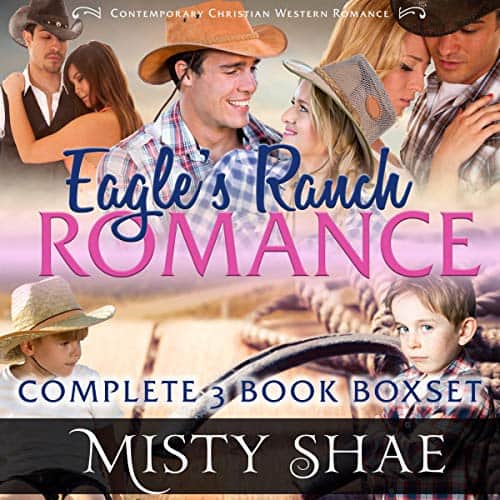 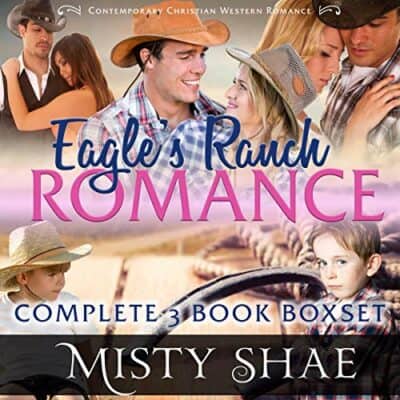 Eagle’s Ranch Romance is a contemporary Christian western romance series by best-selling author Misty Shae, which tells the romantic tales that are woven into the life of this western homestead. Meet the men and women who are the heartbeat of this never-to-be-forgotten place!

Jemima Milburn is an angry woman who returns home after her marriage breaks down. She’s unable to show her four-year-old son, Sebastian, a mother’s love because of the bitterness that’s in her heart. Returning home to a rundown ranch is her only option.

Gideon Shane has lost everything and while about to give up, he meets Jemima and Sebastian and immediately falls in love with them. He has to work hard to make Jemima believe that he really loves her.

Jude Milburn returns home to confront his past and make peace with his father but finds that his parent has been dead for two years. But his sister has returned and he tries to settle down again.

Dora Sheppard has to cut short her modeling career to take care of her six-year-old half brother after their parents perish in a grisly road accident. The last thing she’s looking for is love but when it finds her in the form of sullen Jude Milburn, she’s more than ready to embrace it.

Salome Trent can’t believe that her dying aunt has charged her with what she terms a “mission impossible”: Find the man she robbed and ran out on and make peace with him. James Milburn is back home after serving and, when Sally comes to ask for their forgiveness on behalf of her aunt, is quite incensed. Rachel Fields cost them so much and he takes his anger out on Sally.

But love can overcome anything.