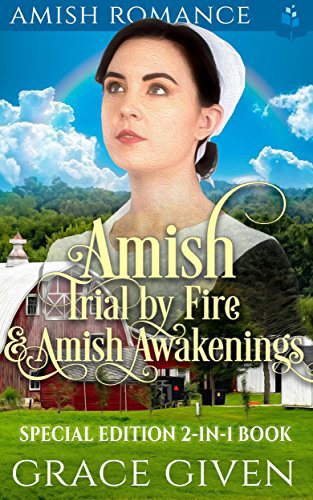 A very Special Edition 2-in-1 book. 50,000 Words - Two Amish Romance stories filled with the love and grace of Gott, especially written for Amish Romance lovers.Amish Trial by FireJoseph Umble, a faithful member of the Amish community, did not think he would ever get married. He was too old, too sh... 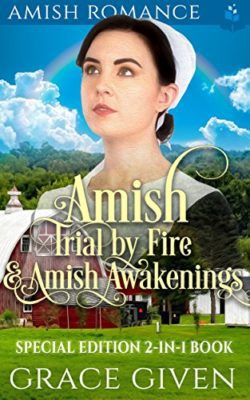 Joseph Umble, a faithful member of the Amish community, did not think he would ever get married. He was too old, too shy and his nose was too big. But Miriam did not think so. She saw with the eyes of love, and laughed away all obstacles. Joseph’s happiness was secured… At least, that’s what he thought, for on a fateful day, Miriam died in a barnfire. His beloved wife was snatched away from him in a most unfortunate accident.
But was it really an accident? The police did not think so, and arrested Joseph on murder charges. Joseph, alone and virtually shunned by all his former friends was ready to abandon the faith that had carried him all those years.
But then there was this lovely woman with her little boy.
… They were Englischers.

The loss of a father can have devastating effect on heart of a son. Reuben Kuhns plummets headlong into a prodigal rumspringa, risking all he has lived his life hoping for to escape his pain. Only the love a father can heal the loss of father. Through his best friend, Hannah, a pathway of healing is opened up, and Reuben discovers that our Daett in Heaven runs faster toward us than we can ever run away.
A romantic tale of childhood love, devastating loss, and divine embrace, that celebrates the power of a loving father’s presence to heal the heart.